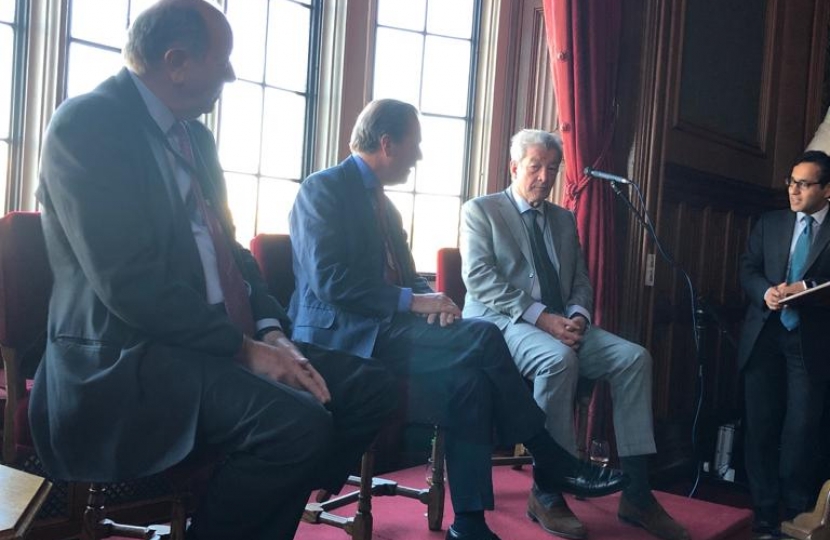 The Man Who Was Saturday (buy the book on Amazon here )

The Extraordinary Life of Airey Neave

A new book by Patrick Bishop

Patrick Bishop is one of Britain's leading military historians. In his latest book he examines the extraordinary life and dramatic death of Airey Neave, who after capture at the siege of Calais in 1940 became the first British officer to escape from Colditz. On his return to Britain he helped run the escape and evasion network MI9 and at the end of the war served the indictments on the defendants at the Nuremberg trials. He later became an MP and in 1975 brilliantly orchestrated the election of Margaret Thatcher as Conservative leader. Four years later he was murdered by the INLA a few weeks before his heroine became Prime Minister.

History of the Airey Neave Trust

The Trust was established in memory of the contributions Airey Neave made to his country. Airey Neave, war hero and the first Englishman to escape from Colditz, a barrister at the Nuremberg trials, and shadow Secretary of State for Northern Ireland was assassinated by a terrorist organisation in March 1979, in the House of Commons. He had led the campaign which brought Margaret Thatcher to the leadership of the Conservative party, and his death came a month before the General Election following which she became Prime Minister. The Trust supports the study of Counter-Terrorism including Cyber Warfare & wider threats to democratic freedom with publications and seminars that would not otherwise get the funding they need to gain recognition.

The board of Trustees has a wide range of experience in Counter-Terrorism and an extensive network of academic, security service & political contacts, ensuring it is uniquely placed to assess the most relevant publications for funding. It holds an independent position in bringing critical understanding to a wider audience & key decision makers - “The work of the Airey Neave Trust keeps his legacy alive and reminds us of the need to tackle terrorism and extremism in our own age” - Theresa May.

The Trust sponsored a biography on Airey Neave, “The Man Who Was Saturday”, by Patrick Bishop published in March 2019. For the last two years together with Pool Re the Trust has sponsored the Airey Neave Memorial Book Prize for the best non-fiction book relating to the world of Counter-Terrorism with winners Ali Soufan’s “Anatomy of Terror” in 2017 and Christopher Andrew’s “The Secret World: A History of Intelligence” in 2018.