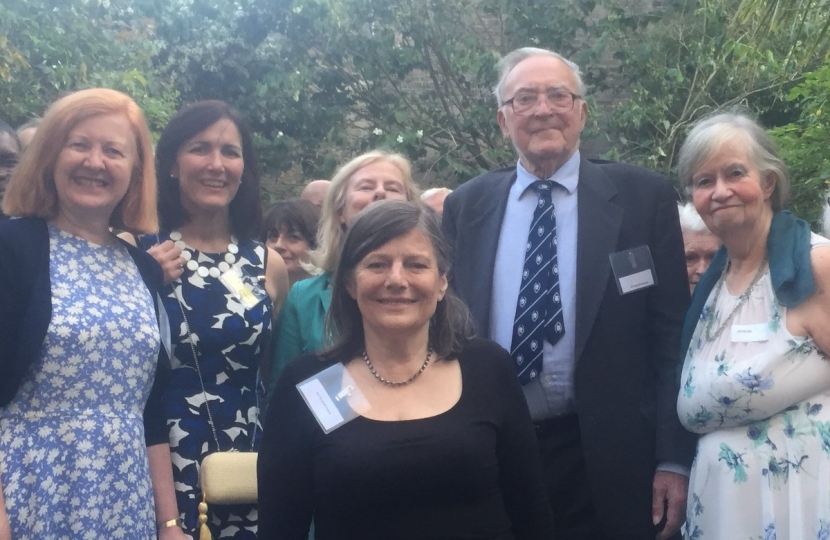 The Annual Summer Diplomatic party was organised by the Conservative Foreign and Commonwealth Council and took place in Chelsea on 14th July. It was a hugely enjoyable evening of socialising, champagne, and canapés, with a broad theme of developing friendly and constructive diplomatic and foreign relations. In the course of the evening an elegant musical interlude was performed on the oboe by Henry Crawshay-Williams, accompanied by the most responsive music stand to date (Oliver Wright). With the theme of Brexit still fresh on everyone’s minds, a rousing speech was given by local MP Victoria Borwick encouraging communities, neighbours, and colleagues to work together to foster a general sense of inclusion. Britain leaving the EU need not bring with it division and social cleavage, therefore Victoria Borwick encouraged us to consider our actions in order to prevent this. A few words were also said by the President of the CFCC, Sir Ronald Halstead CBE. Among his current posts include council member of the European Policy Forum, President of the Engineering Industries Association and an APPG advisor for Trade & Investment. While Sir Ronald refused to directly state his opinion on Brexit, he put substantial emphasis on Britain’s need to focus on developing our trade with the rest of the world. Included among the evening’s attendees were the diplomatic corps of a significant number of countries.  A great thanks and congratulations to Melissa Crawshay-Williams for organising the wonderful evening .