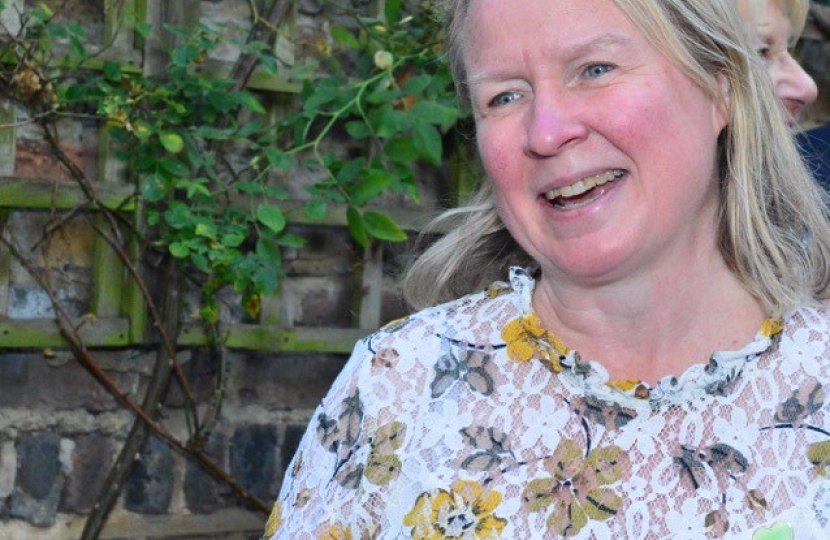 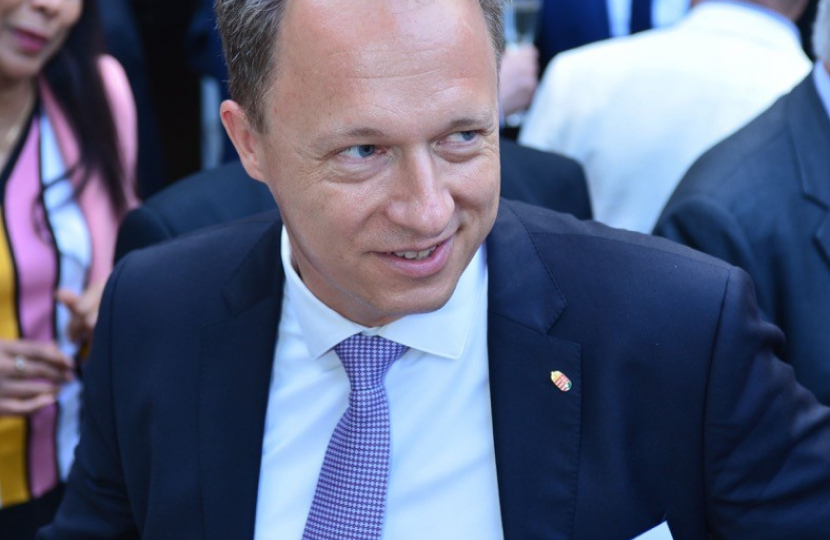 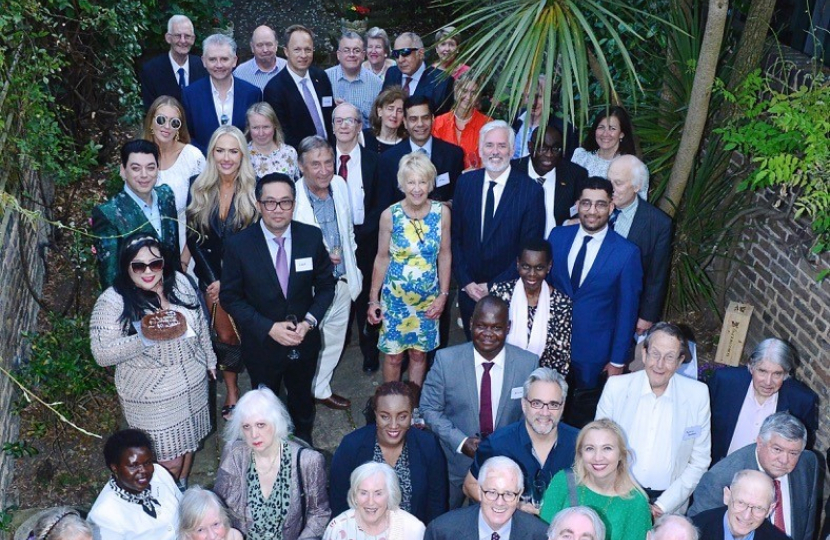 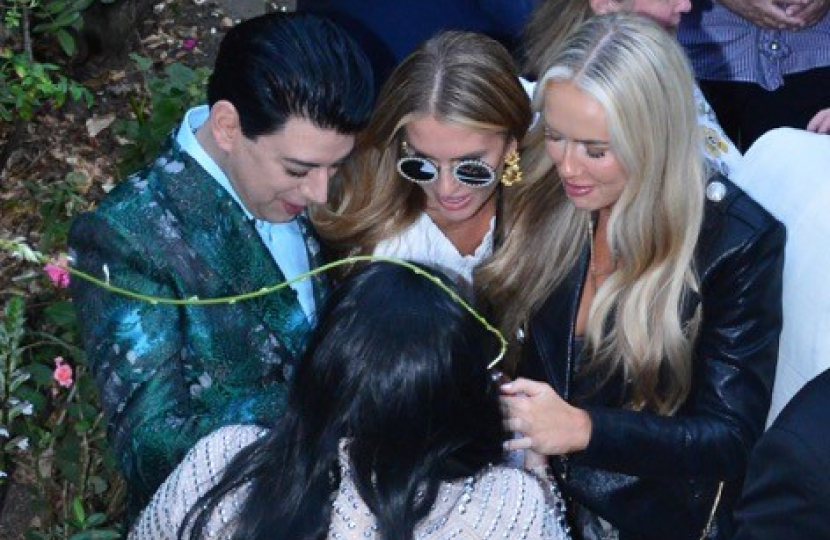 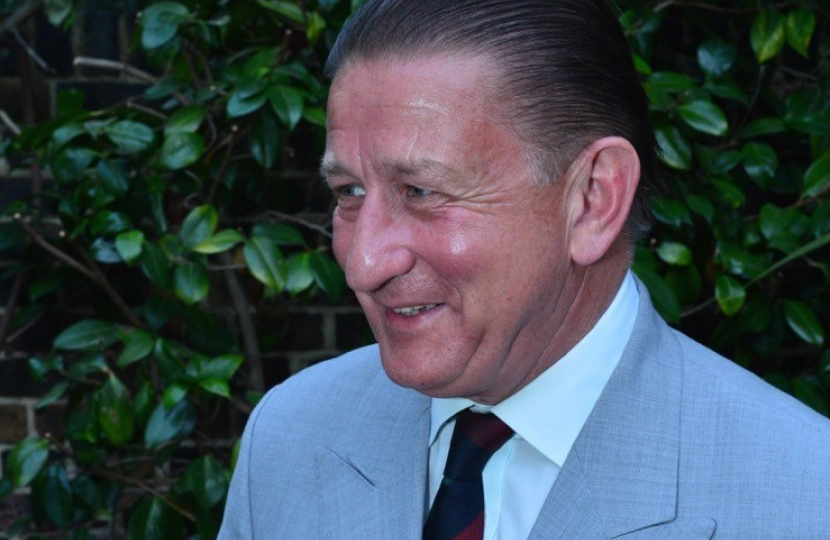 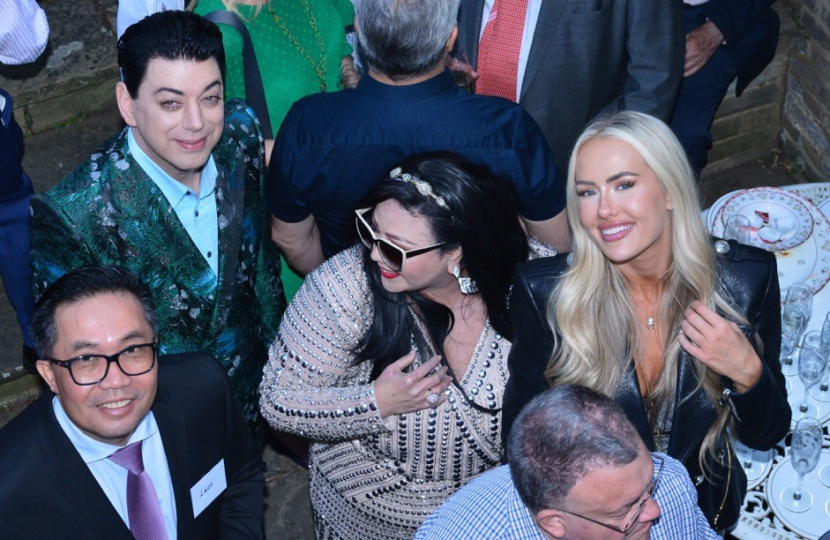 The Conservative Foreign and Commonwealth Council held the Annual Summer Diplomatic party on the 16th June in Chelsea by kind permission of Mr and Mrs Gordon Toland. All attendees were very fortunately blessed with the most beautiful summer's evening and were enamoured by the constant flow of champagne and the delicious canapes, which proved a perfect pairing for socialising and the cultivation of diplomatic and foreign relations. Rt Hon Lord Howell of Guildford, CFCC Patron and a strong advocate for the Commonwealth, got the ball rolling. He made a brief speech about current international instability as a result of European tension and reminded us that consequently, the Commonwealth, who he described as our ‘like-minded allies’, is an alliance more important than ever before.

All attention was then redirected to Felicity Buchan, the MP for Kensington, who progressed with the theme of international alliance in her impassioned speech. Felicity, having spent time with several different Ukraine institutions in her career, expressed some key points in regards to the Ukraine situation and the rise of authoritarianism. She commemorated the UK government for their great role in aiding the Ukraine as they not only offered training for Ukrainian soldiers and gave large fiscal donations, but they also lead the coalition on Sanctions for Russia. Felicity rounded up her speech with an emphasis on the upsides of recent turmoil. She iterated that like-minded countries have now been galvanised to work together and that this corporation should be continued as ‘we can be stronger here together’ at making a stand against authoritarian governments around the world.

The speeches were followed by a short Q&A covering a plethora of topics and concerns from local residents and then attention was returned to conversing and sipping of champagne. The CFCC were very fortunate to have so many diplomatic corps of a significant number of countries attend the garden party and it was evident that many connections were made. Of course the party would not have been able to be so successful without the huge effort that goes on behind the scenes. A massive thank you and congratulations to Melissa Crawshay-Williams for organising the magnificent evening.

Patrick Bishop, Military Historian, in conversation with Rt Hon Lord Taylor of Holbeach on his new book 'Operation Jubilee: Dieppe, 1942: The Folly and the Sacrifice'

Patrick Bishop was in conversation with CFCC Chairman, Rt Hon Lord Taylor of Holbeach CBE, on 19th May at the Cavalry & Guards Club discussing insights and detail of the raid on Dieppe. Major Bernard Hornung sponsored the event and gave the vote of thanks.