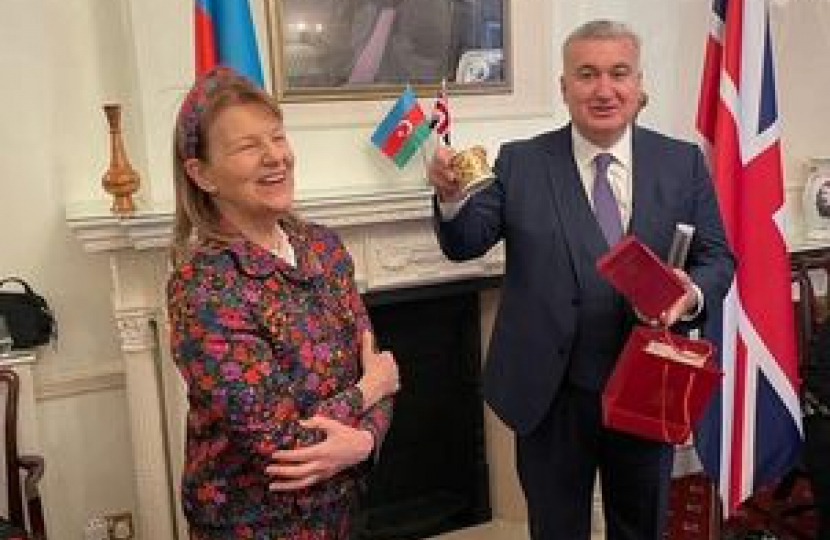 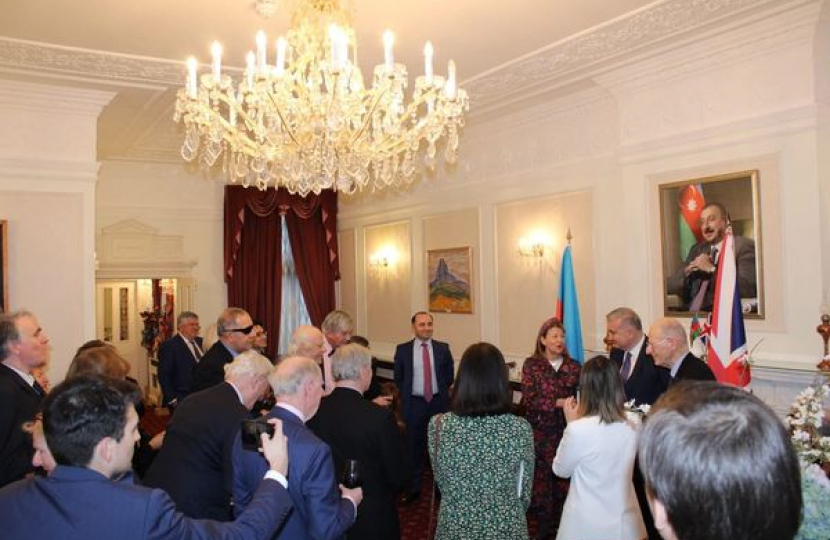 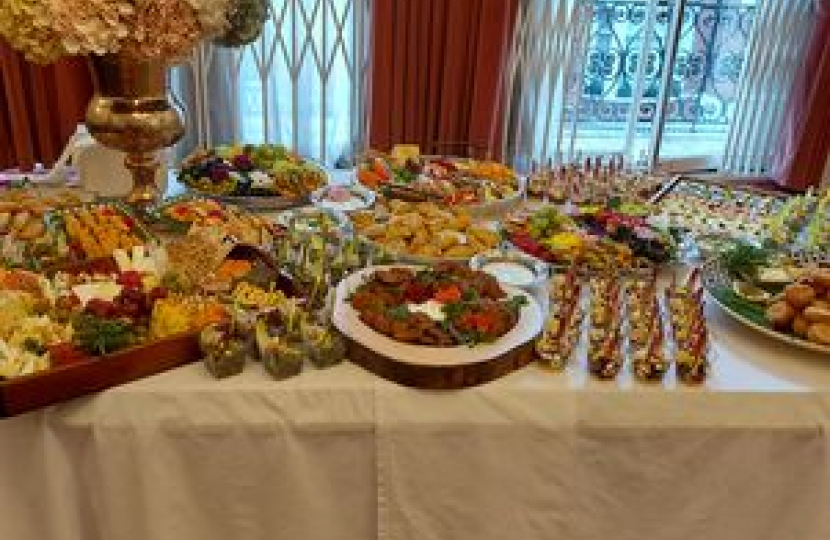 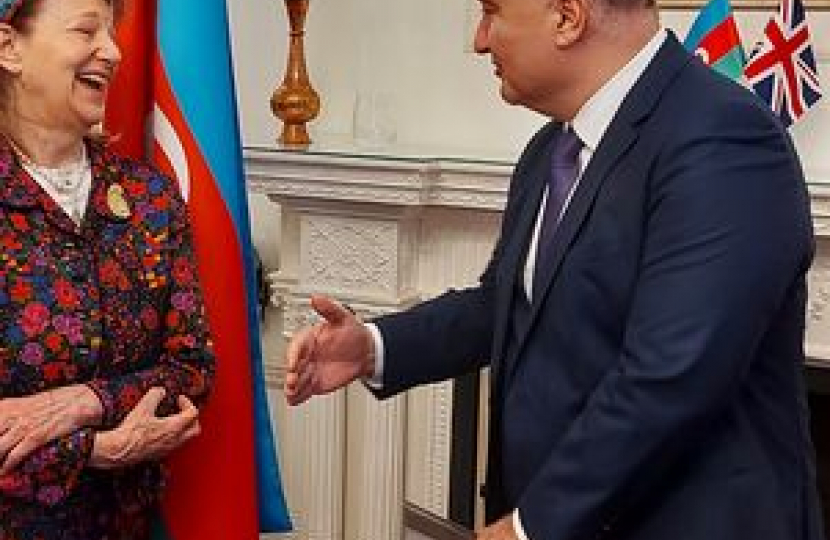 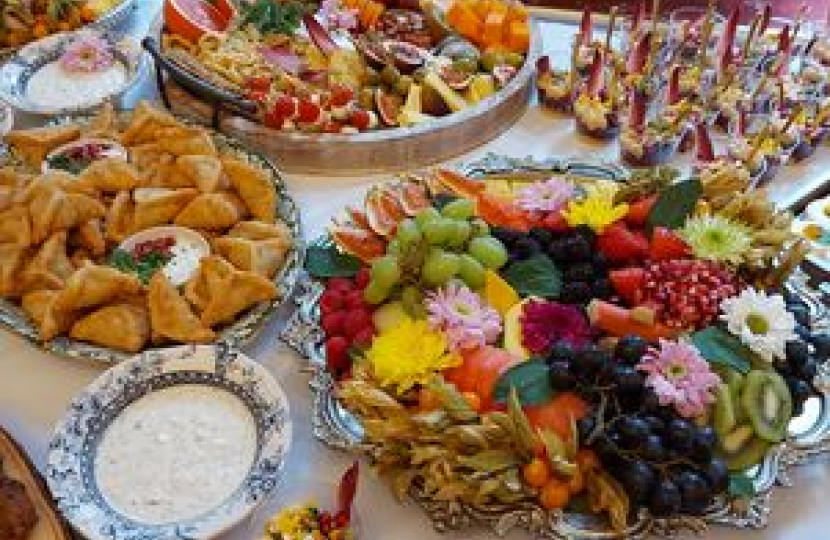 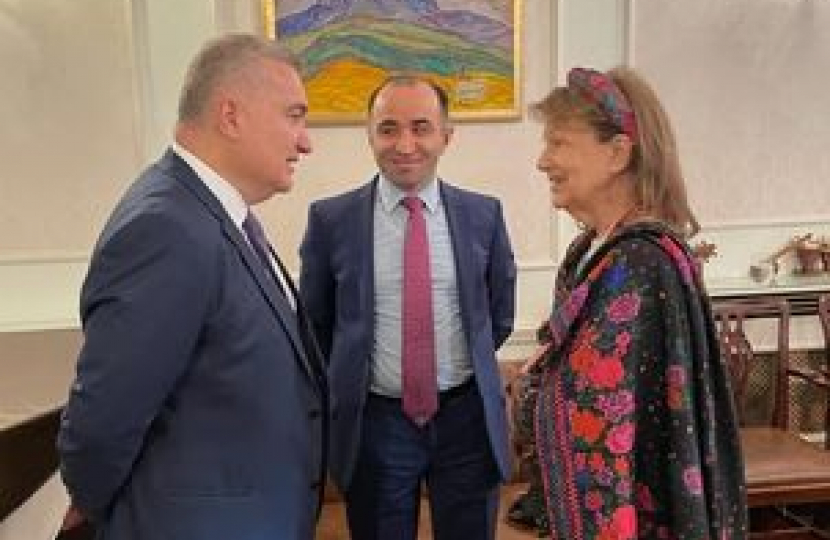 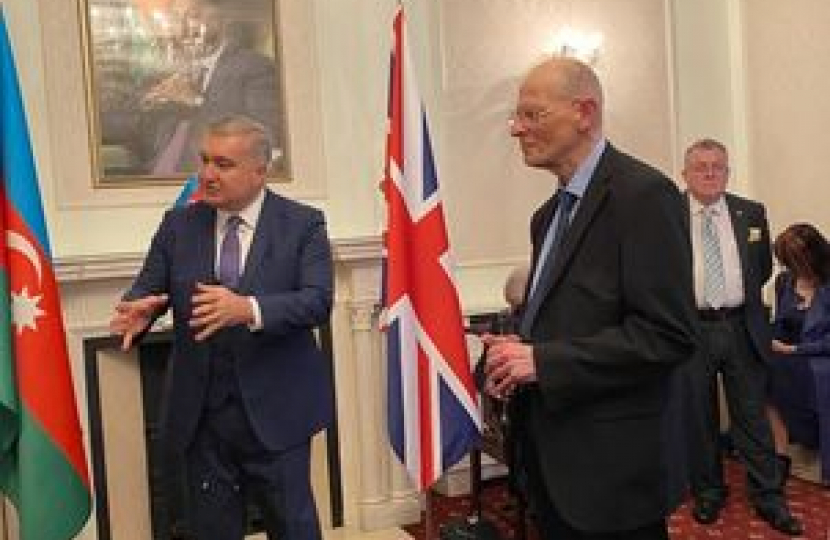 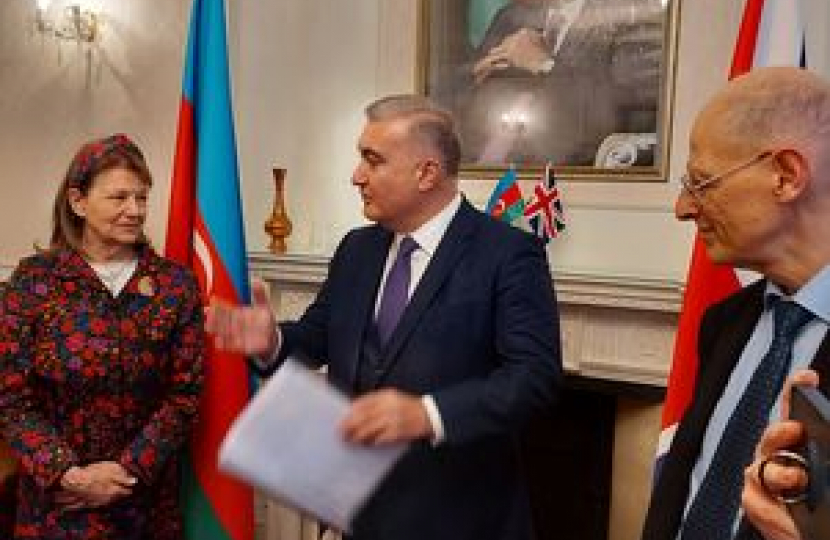 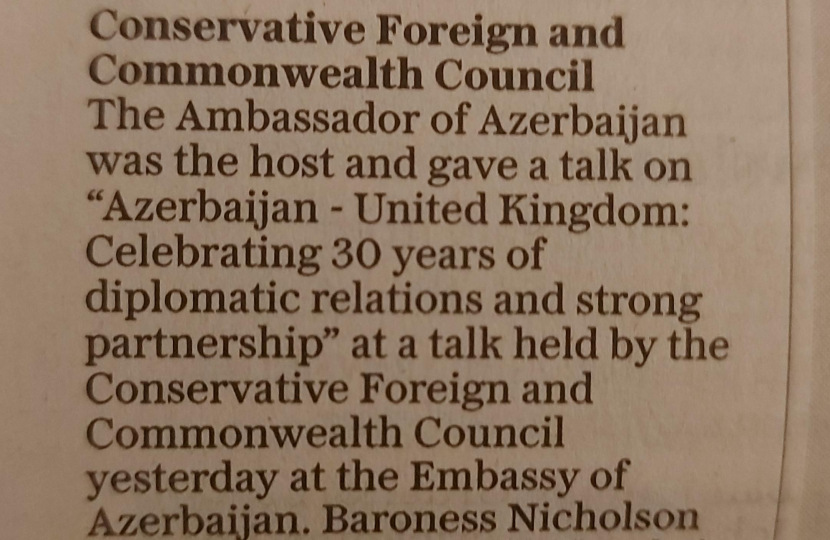 As part of the events celebrating 30 years of diplomatic relations between Azerbaijan and the United Kingdom, The Embassy of Azerbaijan hosted CFCC members on 7 April 2022.  The event, entitled "Azerbaijan-United Kingdom: Celebrating the 30th Anniversary of Diplomatic Relations and Strong Cooperation", was attended by the leadership and members of the Council, including Baroness Nicholson and Vice-Chair Peter Friedmann.

Welcoming the CFCC members to the embassy, Ambassador Elin Suleymanov stressed the importance of cooperation between the Embassy and the Council. He expressed confidence that multifaceted and dynamic bilateral cooperation would go from strength to strength over the next 30 years. He expressed satisfaction with the existence of fruitful cooperation between Azerbaijan and the United Kingdom in the fields of international security, economic, trade, humanitarian and education, especially energy, underlining that bilateral energy collaboration has transformed the regional energy landscape.

In her remarks Baroness Nicholson referred to her fruitful visit to Azerbaijan in March 2022 to take part in a series of celebratory events on this milestone anniversary. She went on to refer to the bilateral relations as unshakable, strong as a rock and deep friendship. She paid tribute to the special role of President Ilham Aliyev and First Vice President Mehriban Aliyeva in increasing Azerbaijan's international role and strengthening Azerbaijan-UK relations. Baroness Nicholson stressed that relations between Azerbaijan and the United Kingdom are characterized by their stability, and the importance of energy projects implemented at the initiative of our country has increased. She also noted the importance of further enhancement of bilateral partnership in the context of the aggravated geopolitical and security situation as a result of the Russian invasion of Ukraine. Baroness Nicholson noted that she was a great friend and admirer of Azerbaijan and its rich cultural heritage and arts.

Azerbaijan is the single biggest trade partner for the UK in the South Caucasus with a total trade volume close to 1 billion USD. UK has traditionally been the biggest source of foreign direct investment for the economy of Azerbaijan. The two countries have established a strong and successful energy partnership with the commissioning of oil and natural gas pipelines, the latest one being Southern Gas Corridor which brings Azerbaijan gas to the Southern and South-Eastern European customers.

HE Elin Suleymanov, Ambassador of Azerbaijan

In July of 2021, the President of the Republic of Azerbaijan Ilham Aliyev appointed Elin Suleymanov as Ambassador to the United Kingdom of Great Britain and Northern Ireland. Prior to that Mr. Suleymanov served as Azerbaijan’s long-time Ambassador to the United States of America for a full decade representing his nation's interests in the dynamically changing environment of Washington. From 2005 to 2011, as the nation’s first Consul General to Los Angeles and the Western States, Mr. Suleymanov led the team, which established Azerbaijani diplomatic presence on the West Coast. Earlier, he served as Senior Counselor at the Foreign Relations Department, Office of the President in Baku, Azerbaijan and as Press Officer of the Azerbaijani Embassy in Washington, DC. Mr. Suleymanov’s experience before joining diplomatic service includes working with the United Nations High Commissioner for Refugees in Azerbaijan and Glaverbel Czech, a leading manufacturing company in East-Central Europe.

A graduate of the Fletcher School of Law and Diplomacy in Medford, Massachusetts, Mr. Suleymanov also holds graduate degrees from the Political Geography department of the Moscow State University, Russia, and from the University of Toledo, Ohio. Mr. Suleymanov has authored numerous articles and is a frequent presenter at academic events. He speaks Azerbaijani, English, Russian languages.