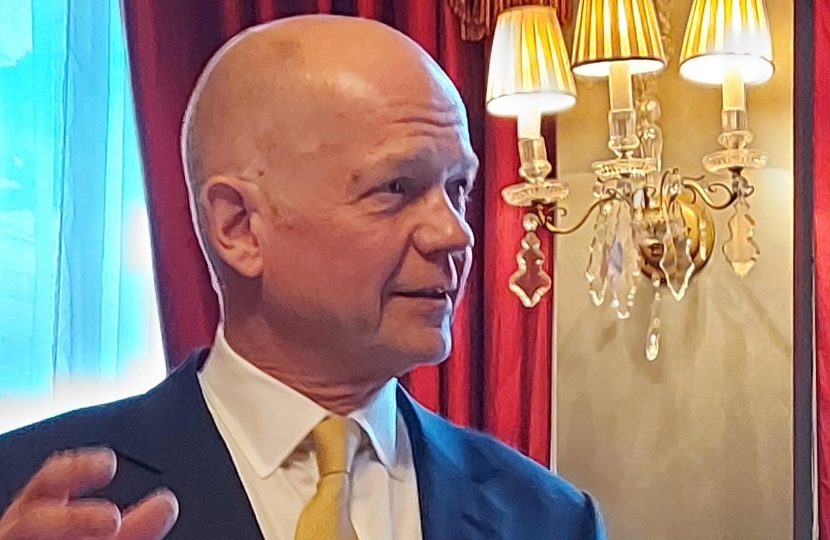 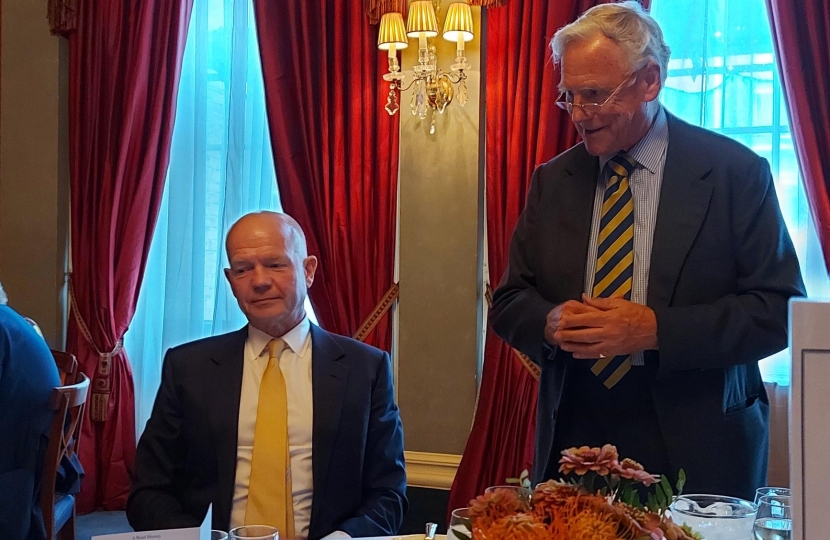 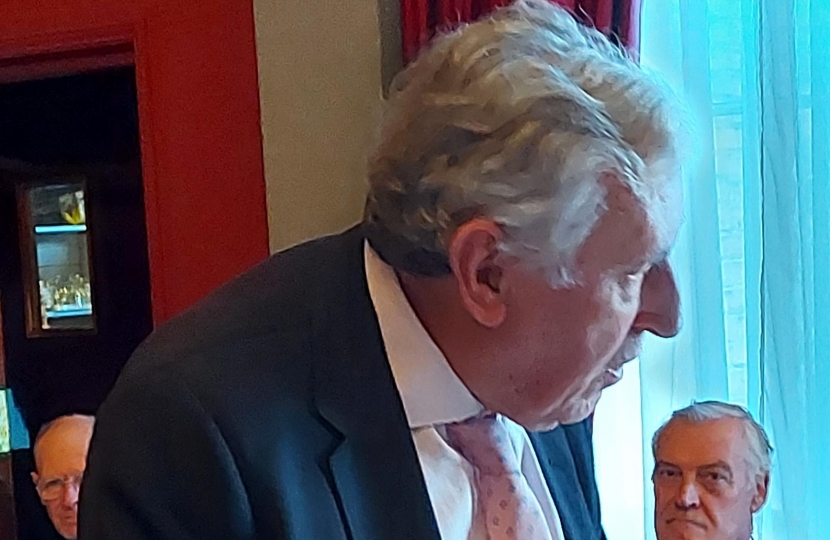 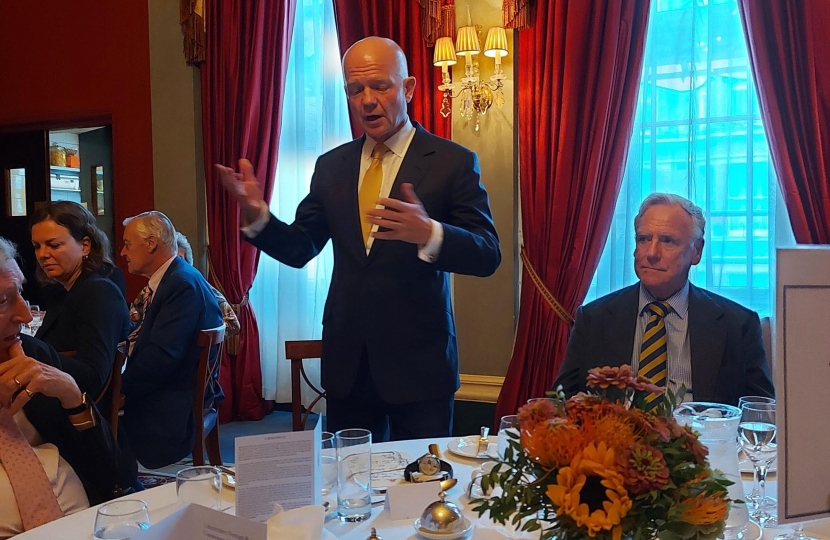 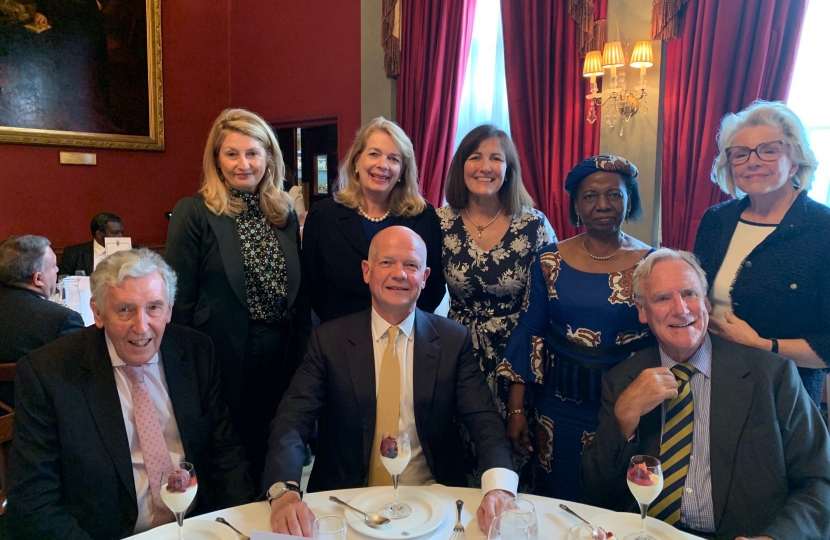 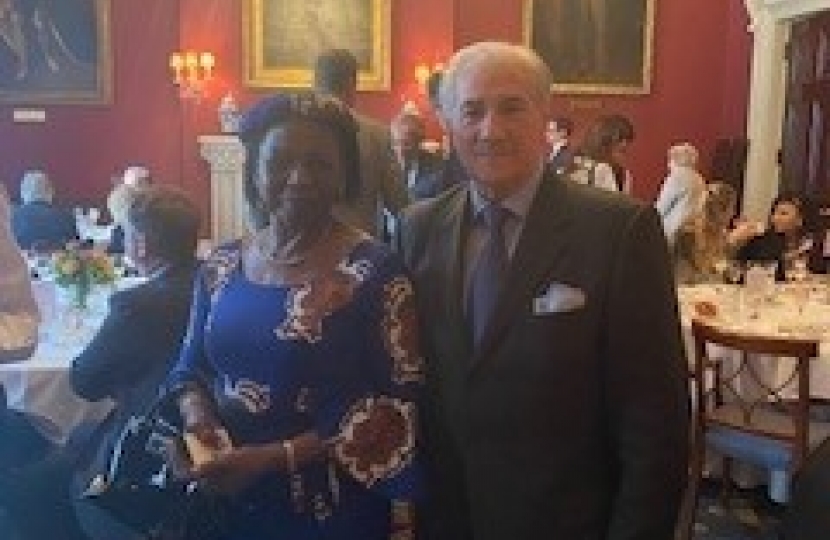 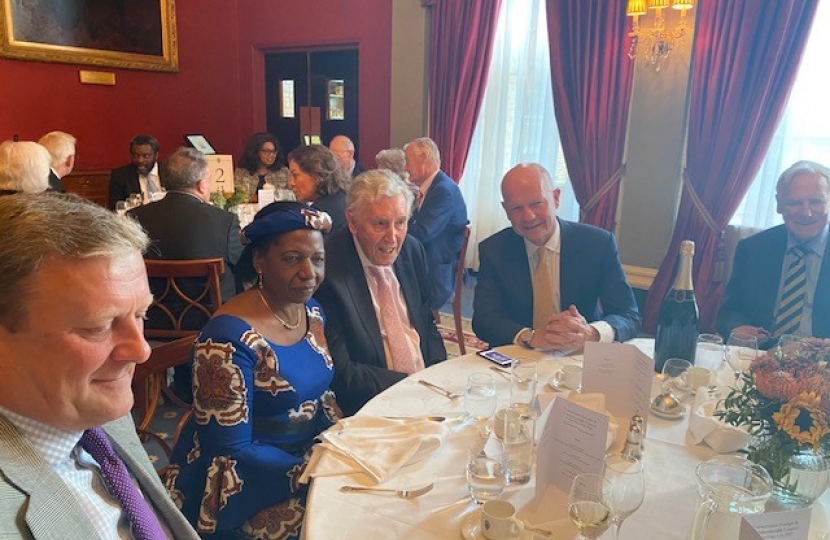 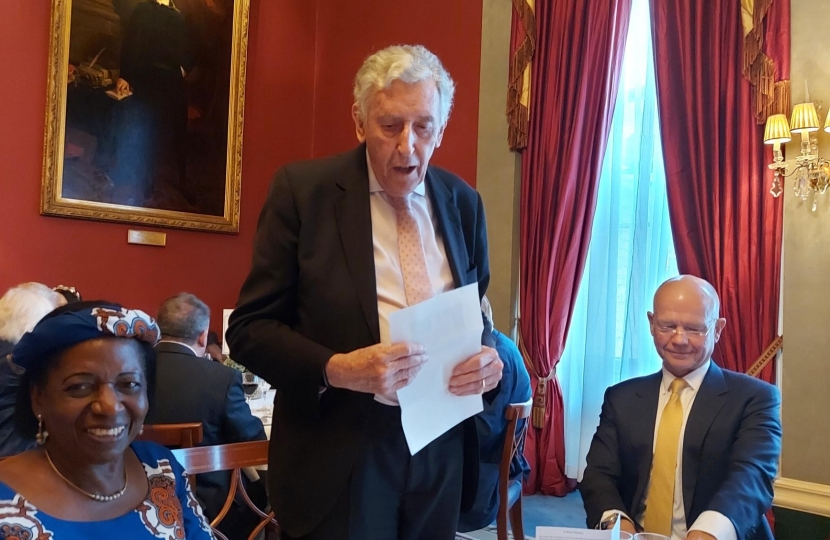 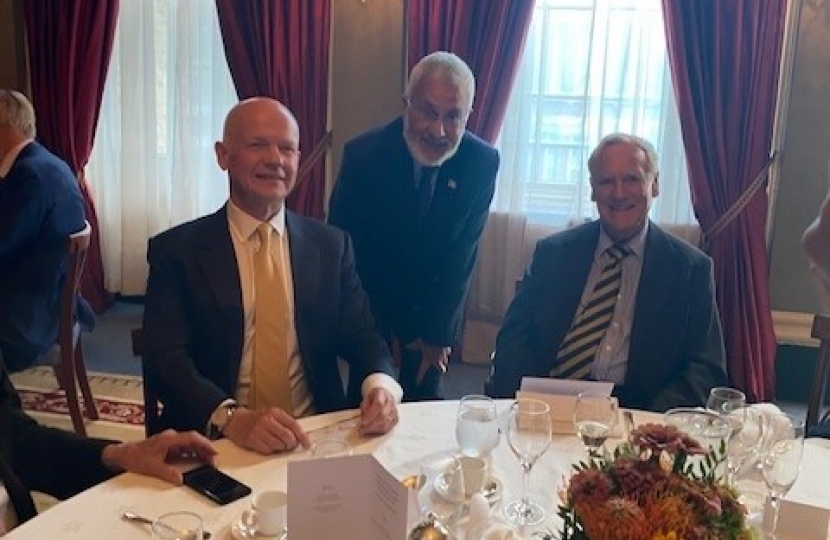 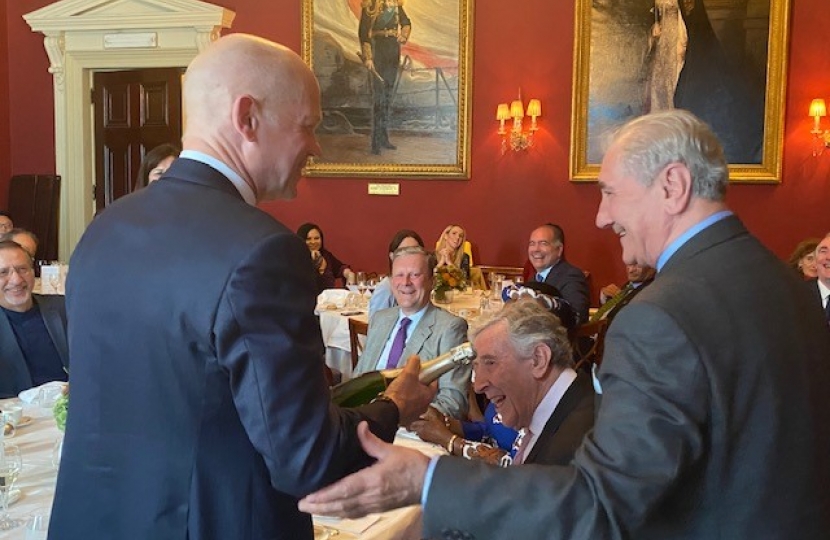 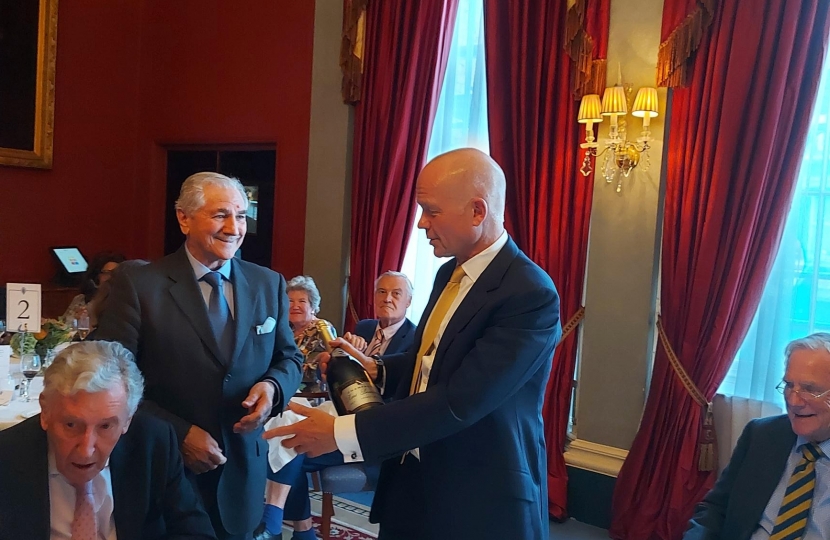 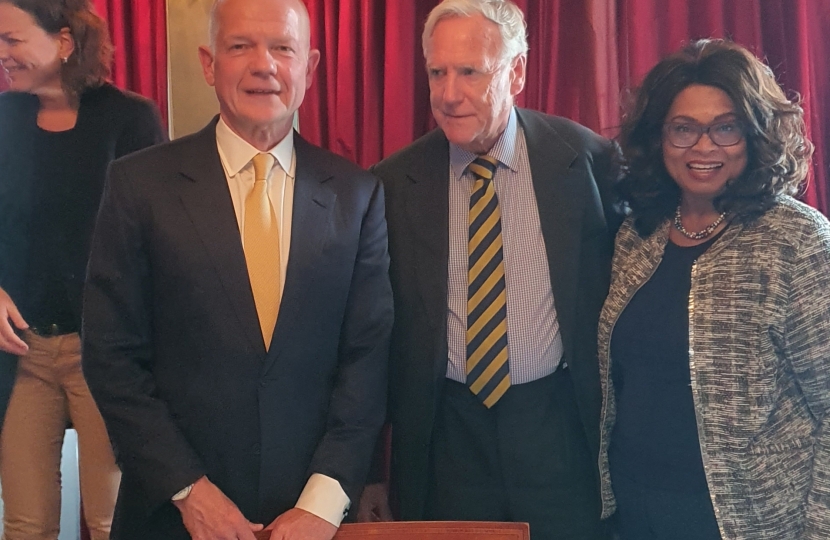 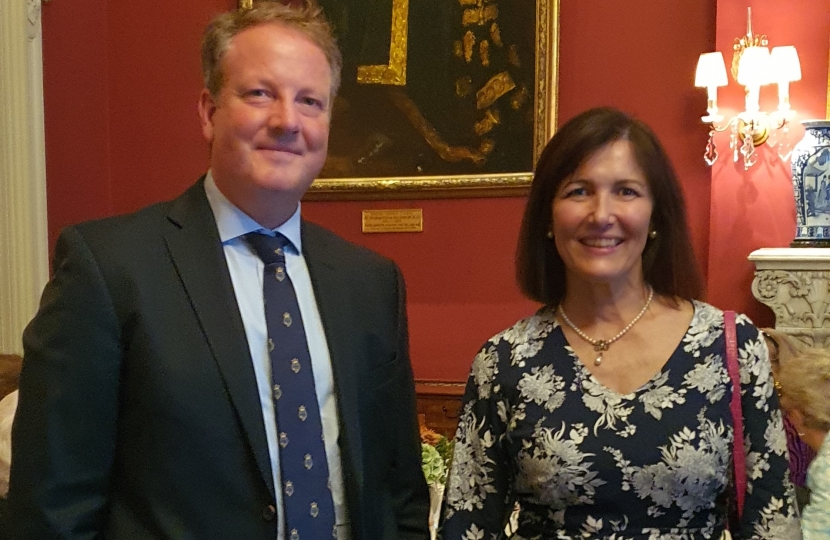 The Rt Hon Lord Hague of Richmond, William Hague, served for 26 years in the British House of Commons until he stood down in 2015. In that time, he served in many senior roles, including Leader of the House of Commons, but is best known as the Leader of the Conservative party, 1997-2001, and First Secretary of State and Foreign Secretary, 2010-2014. He now pursues a wide range of business and charitable activities, and is a well-known writer of historical biographies and a columnist of The Times. In November 2020 Lord Hague became Chair of the Royal Foundation of The Duke and Duchess of Cambridge.

From America’s strategic contest with China to the growing young population across Africa and the impact that climate change will have on international relations, there are both challenges and opportunities for foreign policy in the 2020s.  The Wellington Room at the Carlton Club provided an historic setting for our annual lunch where we were honoured to hear a thought-provoking speech from the former leader of the Conservative Party (1997 to 2001) and Foreign Secretary (2010 to 2014) Lord Hague in which he set out the key issues facing the UK as we build relations in a new age of globalisation.

Chaired by CFCC Chairman, Rt Hon Lord Taylor of Holbeach. Introductions were made by Lord Howell of Guildford who served alongside William Hague as Minister of State in the Foreign Office (2010 – 2012) and most recently chaired the House of Lords International Relations and Defence Committee (2016 – 2019). Lord Howell highlighted the importance of the networked world and of the Commonwealth as an emerging model of international affairs for the future. He provided the perfect informed and personal introduction to William Hague and the politics of diplomacy for the 2020s.

Addressing the recent difficult and controversial decision to withdraw from Afghanistan, Lord Hague clearly expressed the significant consequences for world affairs including the great human tragedy, the potential impact on migration, and the diminished influence of the US and its allies in central Asia. Although this event was widely reported as a wholesale decline in American influence, instead his view was that the situation indicates the dependence on America by its allies. This relative increase in power and influence by the US is growing due to the presence of the big tech companies in America in the age of innovation, the dominance of the dollar, the energy dependence of America and its vastly greater investment in defence and security. Thus, the US is still our most important ally as we look ahead in this century.

He set out how politicians need a different way of thinking and addressing world affairs from the past 20 – 30 years because, in this new age of globalisation, energy policy, defence policy and economic policy must all be joined up. Innovation and tech will drive enormous changes in international relations, the countries with the greatest capacity to innovate will increase their relative power.

Firstly, the importance of Africa with the continent’s population set to double by 2050. A rapidly growing and young population will present huge opportunities but also the potential for significant issues.

Secondly, China and the impact of strategic alliances with the rest of the world. These were demonstrated by the recent AUKUS agreement, the commitment by the UK for enhanced defence and security cooperation with Japan, and the potential economic opportunities if the UK joins the Comprehensive and Progressive Agreement for Trans-Pacific Partnership (CPTPP).

And finally, the huge effect of climate change not just on the world’s environment but the impact for international relations especially where countries may perceive that some countries are not playing their part. This highlights the importance of COP26 and the role for the UK and the huge amount at stake.

In this new decade of foreign affairs the UK has to have the networks and diplomatic skills to find solutions.

Lord Hague’s speech was followed by insightful questions from many of our distinguished guests at the event adeptly facilitated by Lord Taylor. Altogether the brilliant speeches, delicious food and historic setting of the Carlton Club made for an ideal event to bring us all back together in-person.