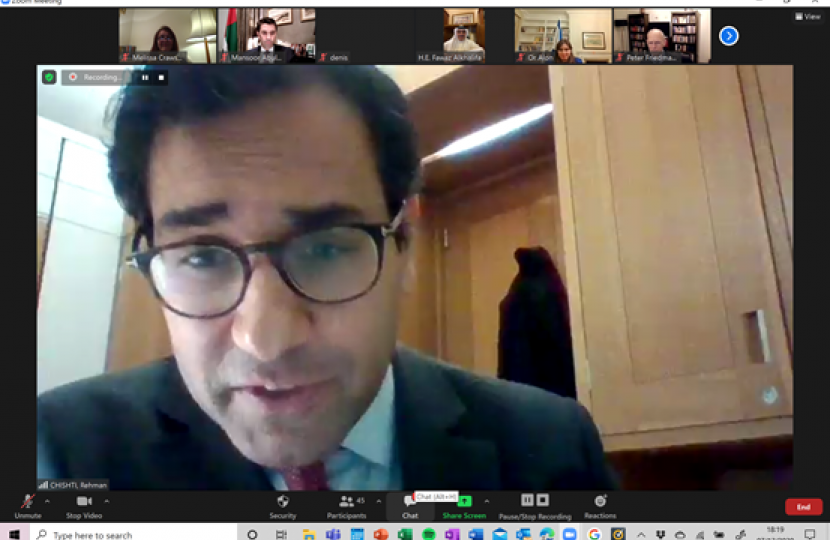 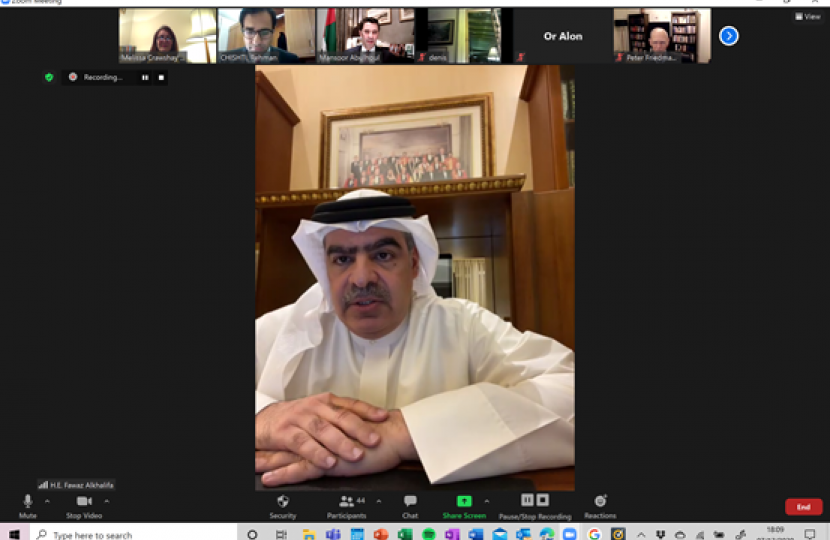 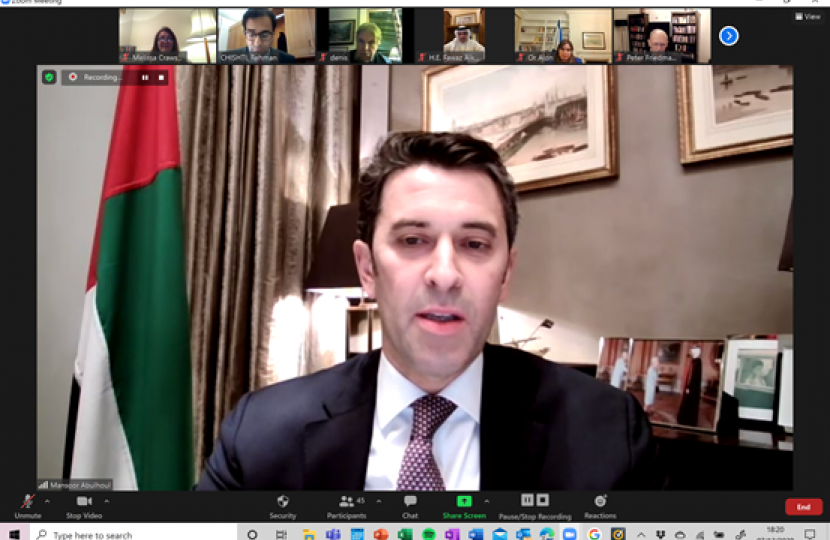 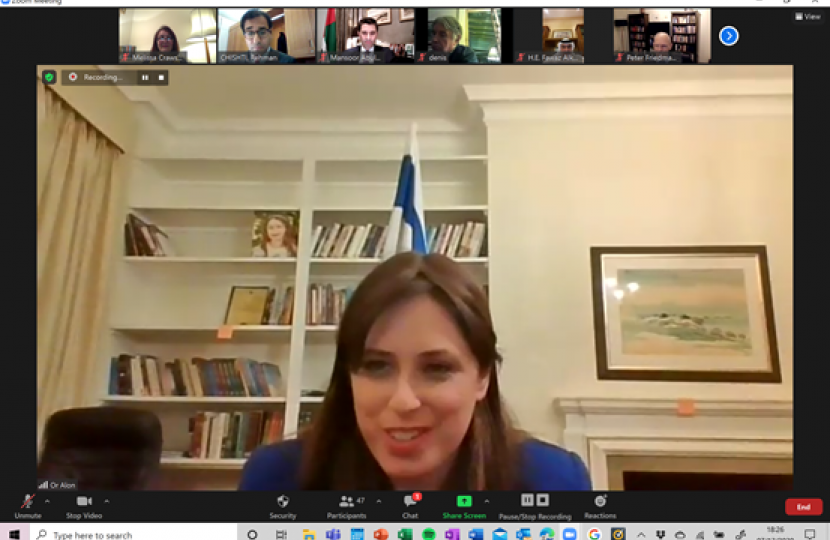 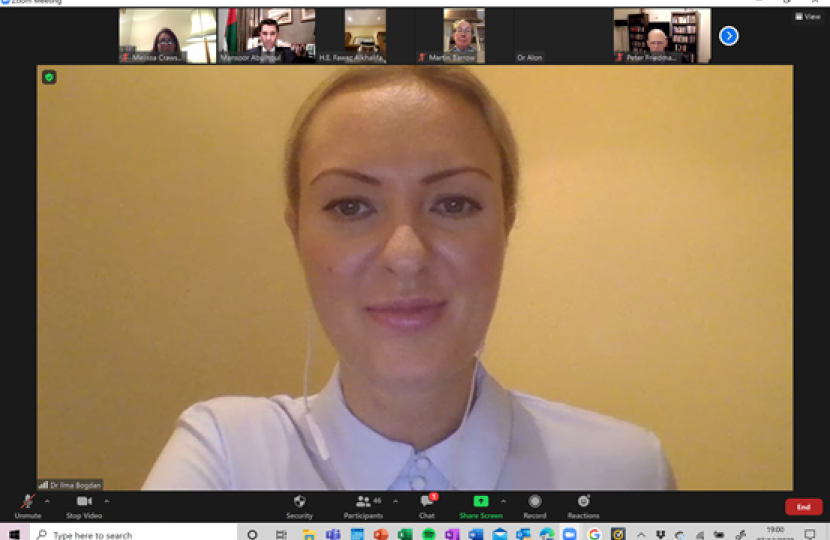 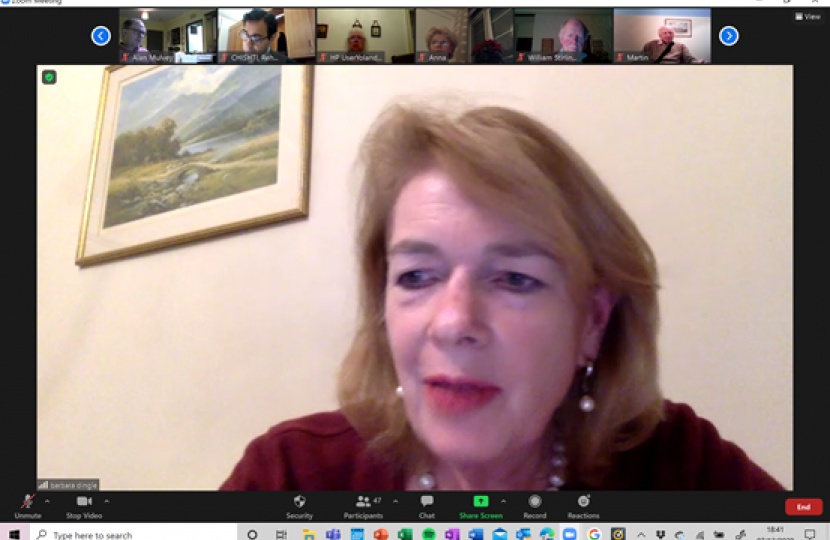 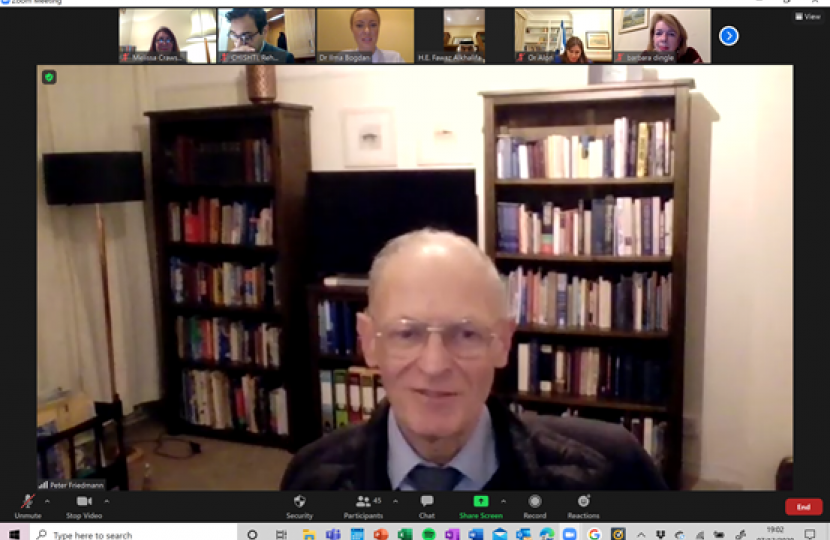 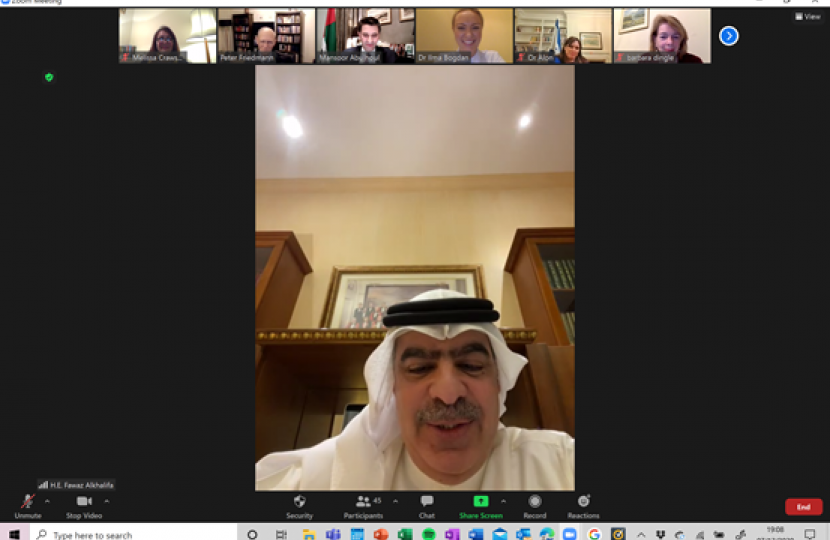 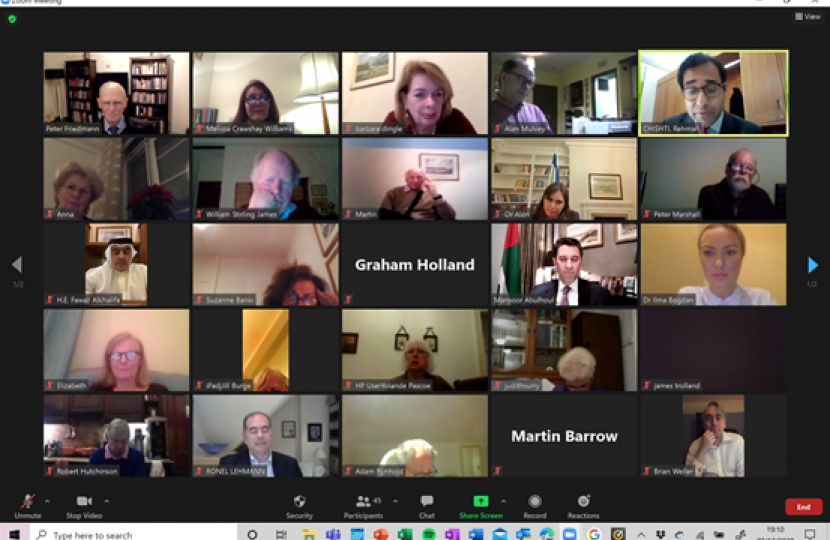 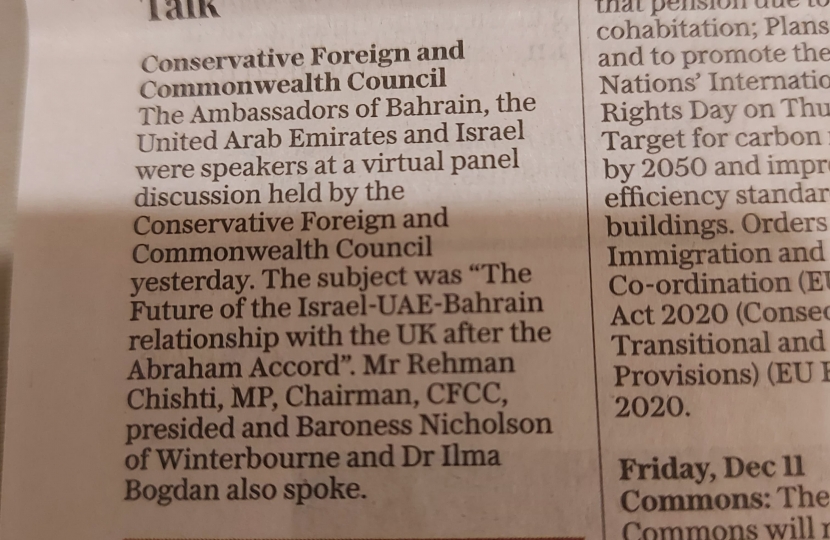 Virtual Panel with with HE Shaikh Fawaz Al Khalifa - Bahrain Ambassador, HE Mansoor Abulhoul – UAE Ambassador and HE Tzipi Hotovely – Israel Ambassador. You can hear this historic event  via the link attached to this post.

H.E. Shaikh Fawaz bin Mohamed bin Khalifa Al Khalifa, Ambassador of Bahrain studied in both the USA and the UK. He holds a BA in Law & Society from the American University in Washington DC, and MA in Public Administration from the University of Southern California (USC), Los Angeles. In addition, he holds the Commissioning Course in Military at Royal Military Academy Sandhurst, Camberley, UK, and the Executive Program from Columbia University in New York. He joined the Bahrain Government Civil Service in 1990 and was appointed Director of Investments at the Pension Fund Commission in 1992. He also served as Vice Chairman of the Board and Chairman of the Executive Committee of SICO, Investment Bank. He was appointed as Member of the Supreme Council for Youth and Sport between 2000-2010. From 2012 to 2014, Ambassador Fawaz was Minister of State for Communication. On August 24, 2015 he was appointed ambassador in London. Since 2016 he also serves as Ambassador to the Netherlands, Ireland, Spain, Norway and Sweden.

HE Mansoor Abulhoul, Ambassador of the United Arab Emirates Ambassador Mansoor Abulhoul has been Ambassador to the UK since June 2019. He attended school in the UAE and Scotland. He studied Politics and Arabic at Leeds University and after graduating in 1997, he spent three years working for Barclays Bank PLC, Dubai’s Corporate Banking division, including a training secondment to their International Risk Management team in London. The Ambassador then moved to spearheading the family business, Magrudy’s, a rapidly expanding UAE based chain of bookstores, where he led the business’s successful transition to the digital era. While at Magrudy’s, Ambassador Abulhoul launched a programme of culture and community engagement including the launch of a sister publishing company to promote literacy in the Arab World, and a partnership with the Emirates Airlines festival of Literature. Promoting culture and cultural ties, as well as fostering international cooperation through sport, are part of what he wants to achieve as Ambassador. He is married to Victoria Devin. The couple met in Dubai in 2009 through their mutual interest in horseracing. Their first child, Zayed, was born last year. Mansoor is also a keen swimmer and cyclist. He is 46 years old.

HE Tzipi Hotovely, Ambassador of Israel Ambassador Hotovely has served as Minister of Diaspora Affairs, Minister of Settlement Affairs and as a member of the Knesset for the Likud. She was elected to the Israeli parliament in 2009. In 2006, Hotovely joined the panel of the political discussion program Moetzet HaHahamim (Council of the Wise) on Israel’s Channel 10. She completed her bachelor’s and master’s degrees in law at Bar-Ilan University, graduating with honours. Upon completion of her academic studies, she interned in the law office of Ram Caspi in Tel Aviv, specializing in corporate law, and became a certified lawyer in 2003. Between 2003 and 2005, she served as the editor of Bar-Ilan’s Journal of Law, and later began her studies for a doctorate at Tel Aviv University.