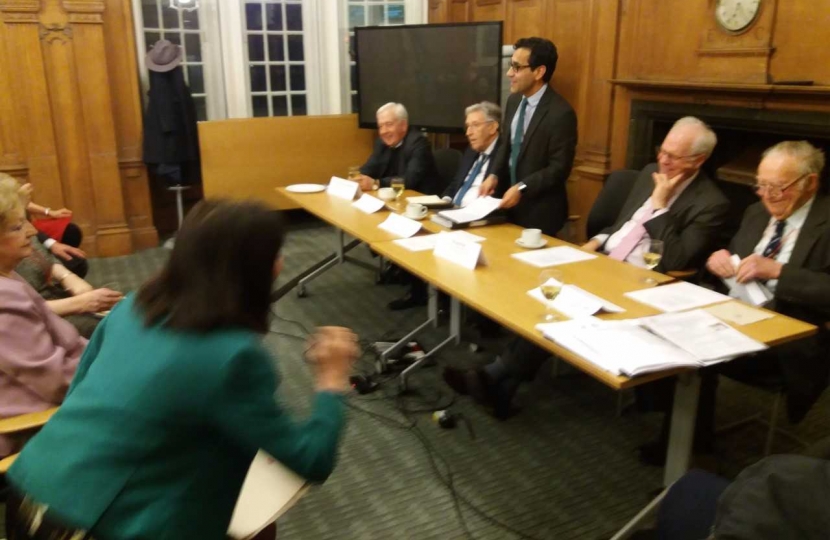 Talk about Ireland and foreign affairs at a cross party meeting

Owing to the cancellation of the Ireland Ambassador at very short notice, The Rt Hon Lord Howell of Guildford stepped in and spoke about the unique relationship with UK and the Republic of Ireland and the criss-cross pattern of trade - for example 10,000 pigs every day cross the invisible border. Lord Wigley of Caernarfon, member of the All Party Parliamentary Group for Ireland, insisted we needed a relationship that works for everyone. Nic Dakin MP, Inter Parliamentary Union Executive Committee member, recommended the play 'The Ferry Man' at the Gielgud Theatre about the time of the hunger strikes. He described himself as a pragmatist who is in favour of action.  Rehman Chishti MP chaired this stimulating meeting to great acclaim and success.