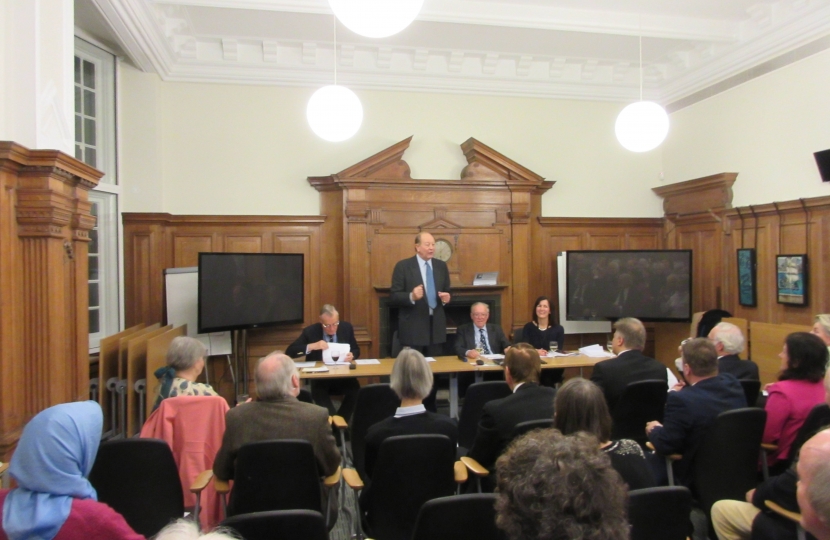 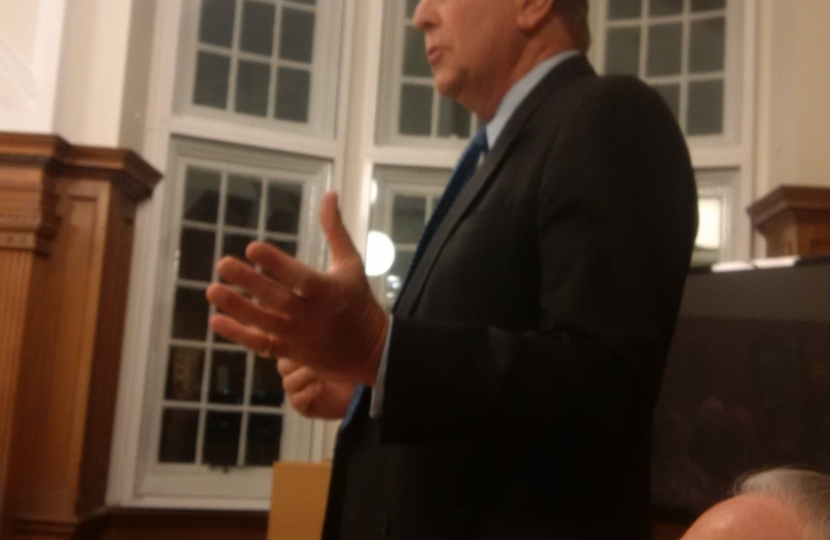 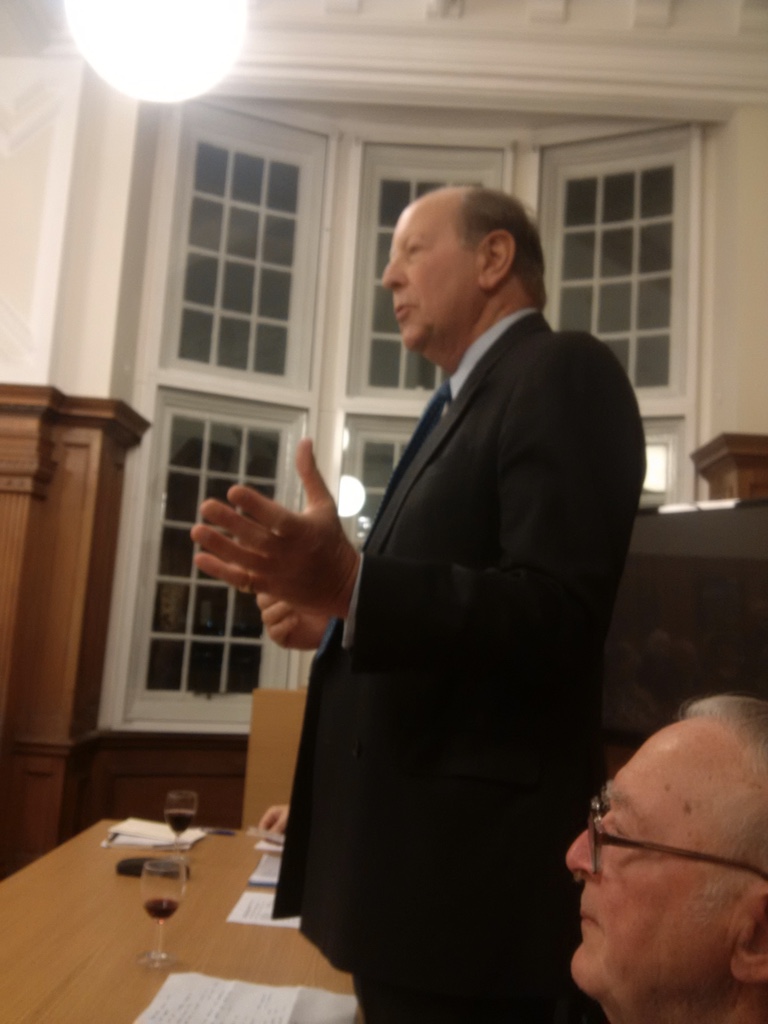 Lord Hamilton of Epsom gave a rousing speech about current political activity in the UK, EU and US.

He said 10% of the House of Lords wanted to leave but believed that Article 50 would go through and that negotiations would then begin.

On Trump his view was that he "seems to made every mistake anybody could make".  The effects of globalisation in his view was that people would be out to look after themselves. If you did not have assets it would be a different story. Trumpism has caused big upsets.

On the Euro he believed that unless the Euro reforms it would collapse at the next financial crisis. 'When' not 'if'.

He referred to Farage having played a blinder but UKIP are fighting like ferrets in a sack.

We are in a property owning democracy and we are heaping more and more problems on each other, he explained. We must, now, he counselled play a positive role about a free trade zone. Some people say 'Britain needs to be punished' but we are important players in Europe and the 5th economy in the world.