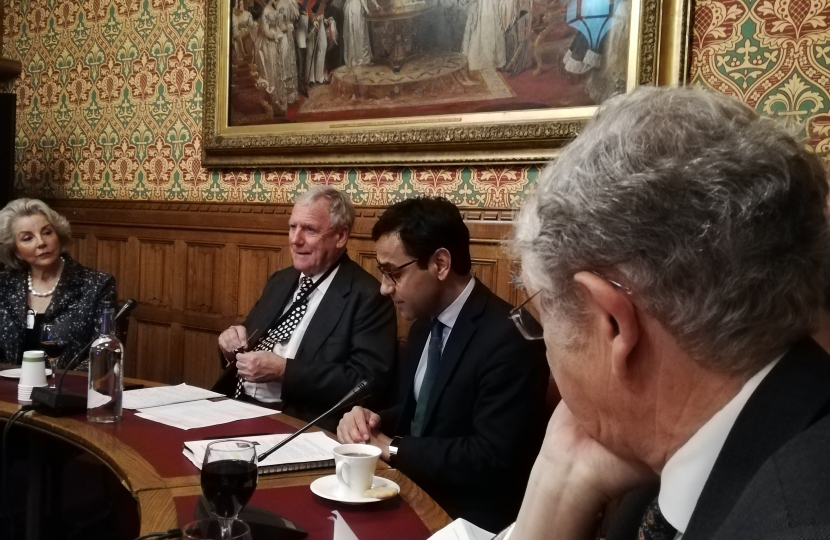 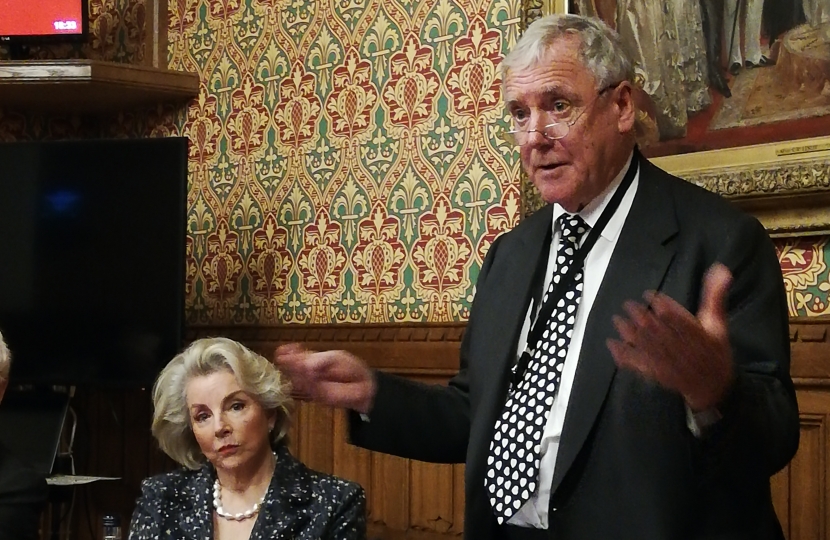 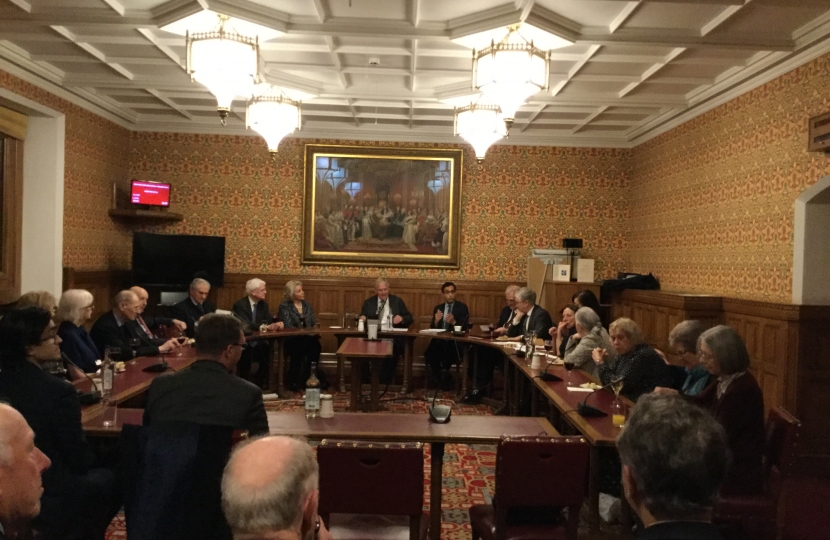 Lord Taylor spoke about the general role and how the House of Lords works from a political point of view, in particular its role in Brexit and its contribution to Parliament in the realm of foreign affairs. He gave an inspiring speech to a packed room calling on all in UK and the Commonwealth to seize the time - the opportunities are enormous.

Biographical profile: John Taylor comes from Holbeach where his family own a bulb growing and farming business.  Taylors Bulbs, who are currently celebrating their centenary, are the country’s largest suppliers of bulbs to the garden retail trade. He has been active in the affairs of the Horticultural Industry and was Chairman of Springfields Gardens at Spalding.  He was also founder Chairman 1988-2006 of the community run Holbeach Hospital Trust.

He has been active in the Conservative Party since 1964 and he chaired the Party Conference in 1997.  In 2000 he became the senior member of the voluntary Party and Deputy Chairman of the Conservative Party for 3 years. He was appointed a Life Peer in May 2006 and from November 2006 he served as an Opposition Whip and Spokesman on Defra and Energy and other matters.