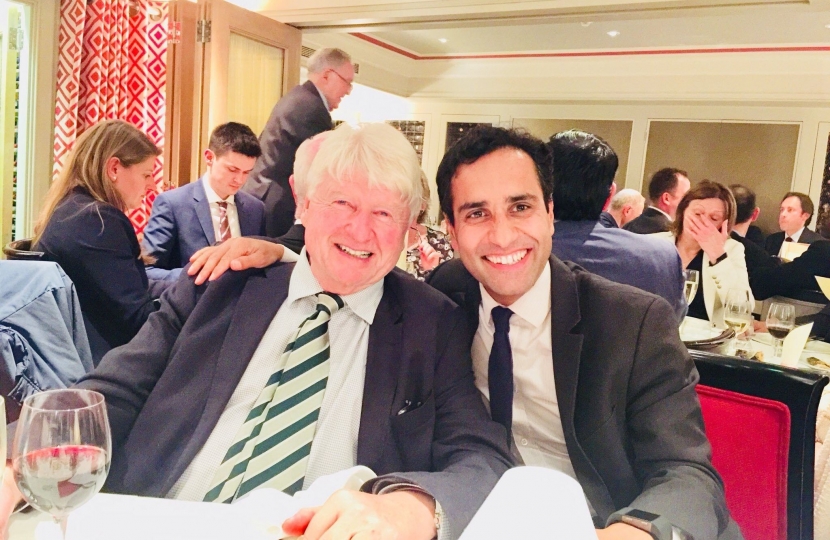 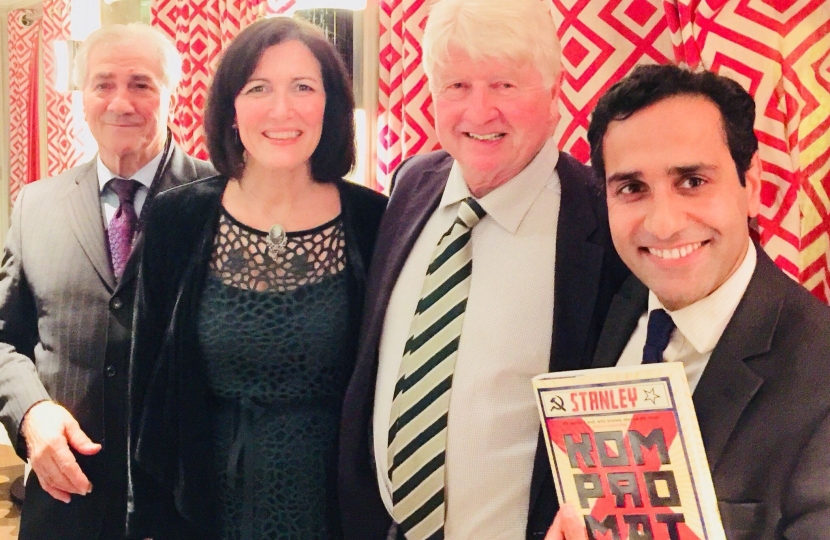 Stanley Johnson spoke about his new political thriller, Kompromat, at a delightful evening with dinner at Franco's, St James's.

At the sell-out CFCC October dinner at Franco’s, guests and members were treated to a wonderfully enjoyable evening in the company of Stanley Johnson.

Stanley came to talk about his most recent book, Kompromat, which pulls from reality many of the current global issues and puts them into a satirical novel. Stanley’s fine sense of humour got the room very involved, and his stories about his children kept the guests thoroughly gripped and entertained.

Stanley’s book offers a comic take on the Brexit referendum and the UK’s relationship with Europe, the US Presidential election and an unlikely candidate, Russian hacking, and a new British Prime Minister trying to seek her own mandate to deal with the Brexit crisis. Kompromat combines world events with Stanley’s sharp wit to give a brilliant alternative account of events we are all very familiar with.

In a fascinating Q&A, Stanley recounted that after writing many serious books and it being many years since his last novel, something a bit light hearted would be refreshing to write, and current global events didn’t leave him looking too long for a story. As a former MEP, Stanley’s take on Brexit was one to be listened to. He expressed his hope that a Brexit deal is reached, and thought that there would be one worked out eventually.

Chair of the CFCC Rehman Chishti MP thanked all of the guests and patrons for attending the sell-out event. As ever, special thanks to Melissa for organising such a great evening, and securing such an interesting speaker. We look forward to our next CFCC event, a discussion on the Commonwealth and UK Global Growth with Jacob Rees-Mogg in the IPU room in Parliament, 6pm to 7:30pm.

With thanks to Dan Clelland and Rehman Chishti MP's office.