“Women in Politics and Diplomacy” with HE Gaitri I. Kumar, High-Commissioner of India, Baroness Hodgson of Abinger, Baroness Pauline Neville-Jones, Baroness Nicholson of Winterbourne and Baroness Jenkin of Kennington 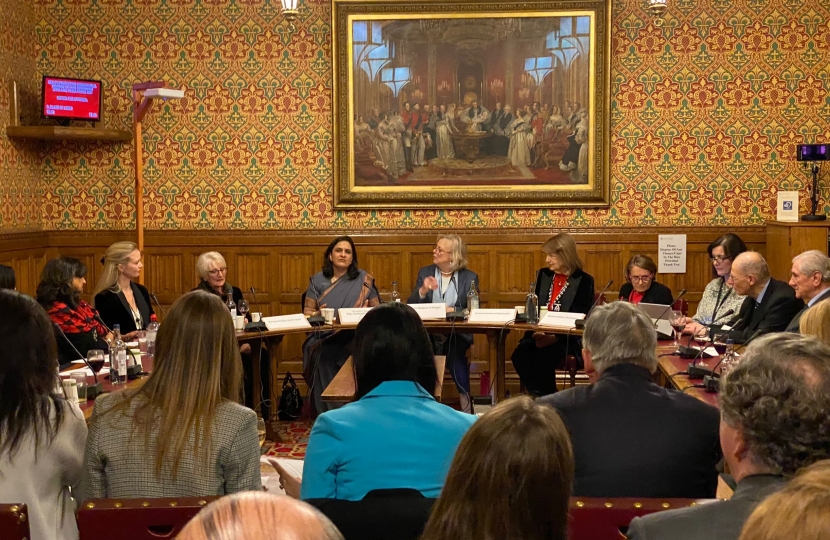 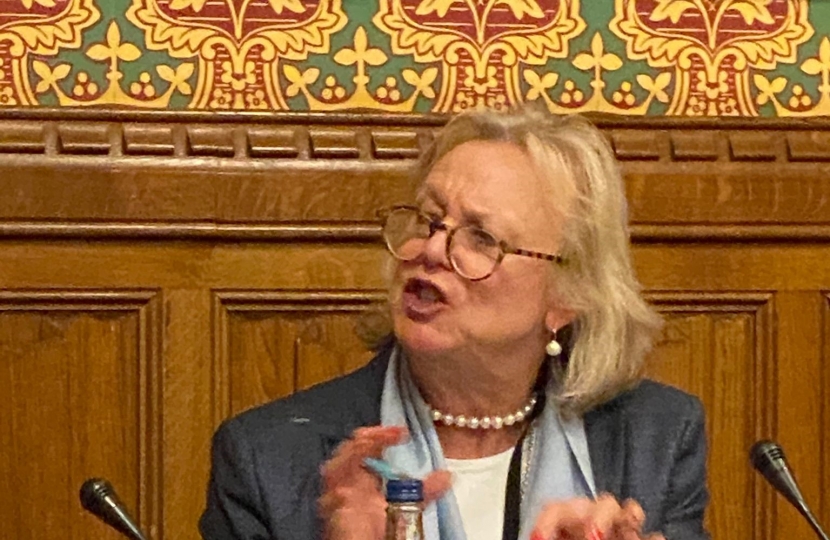 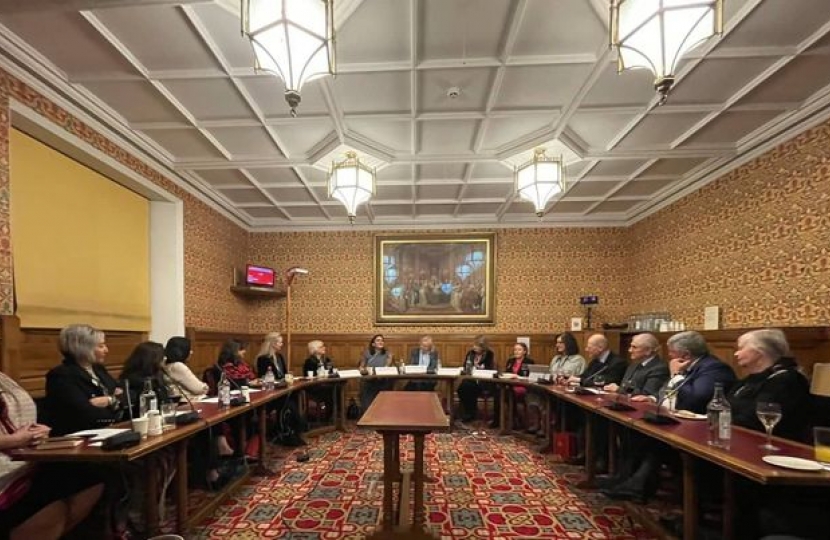 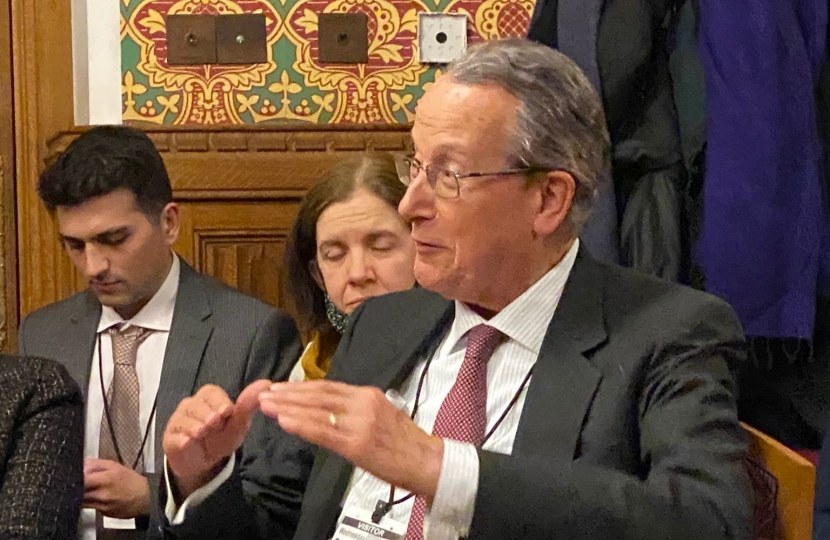 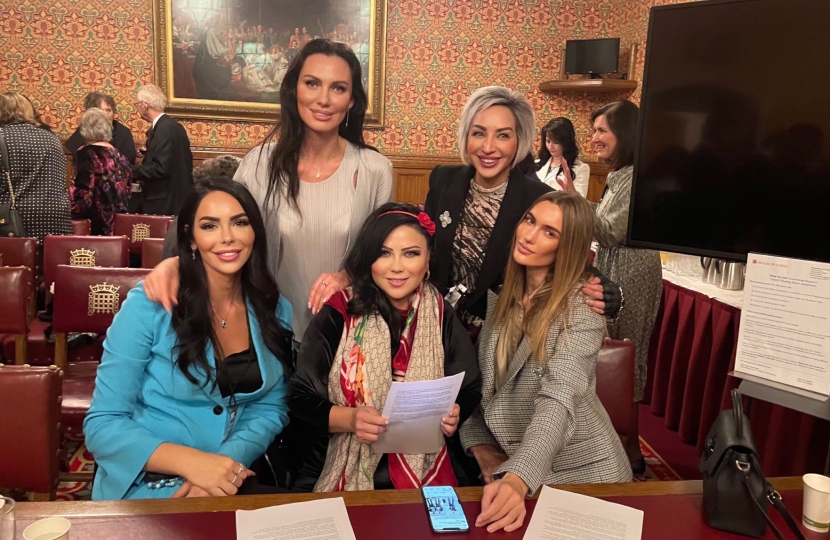 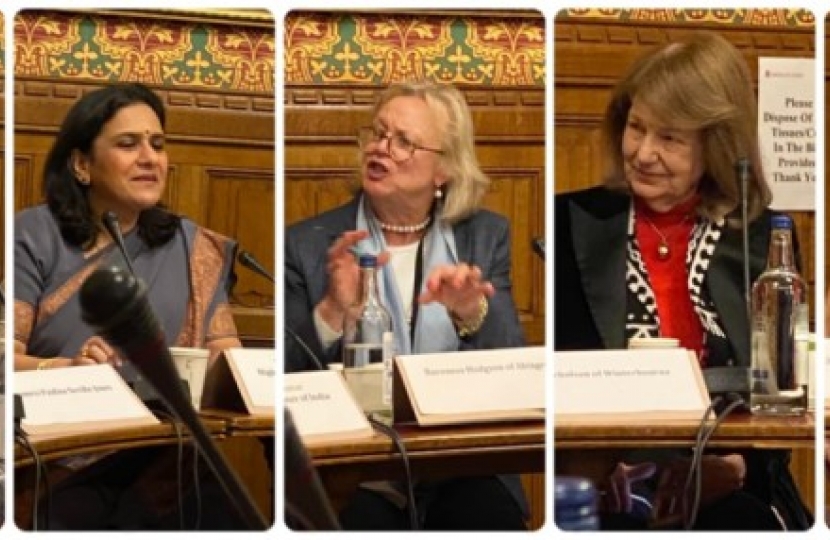 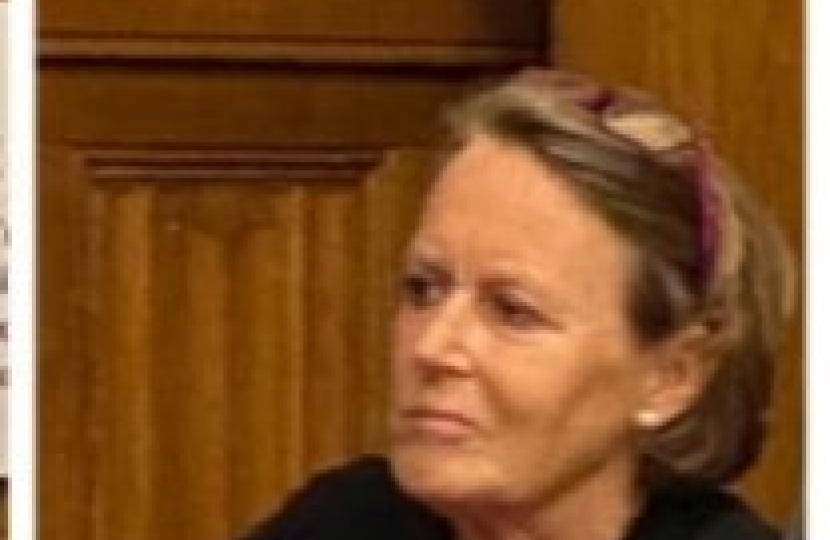 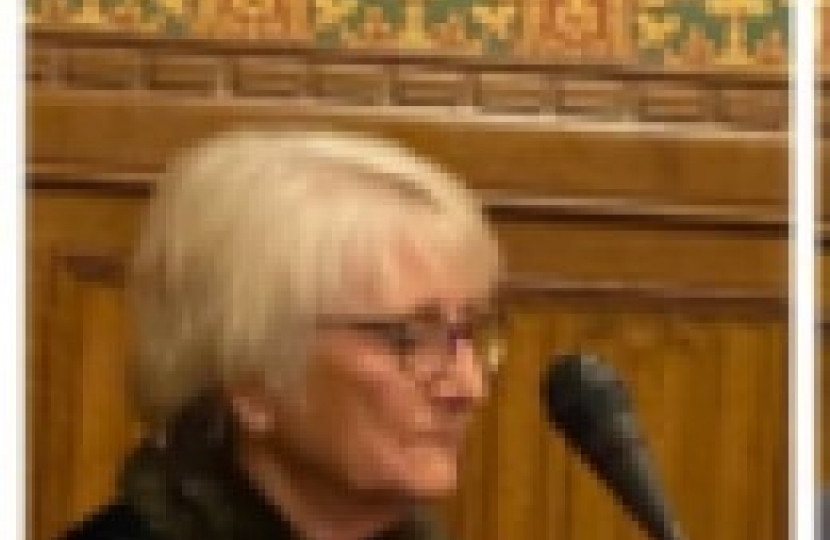 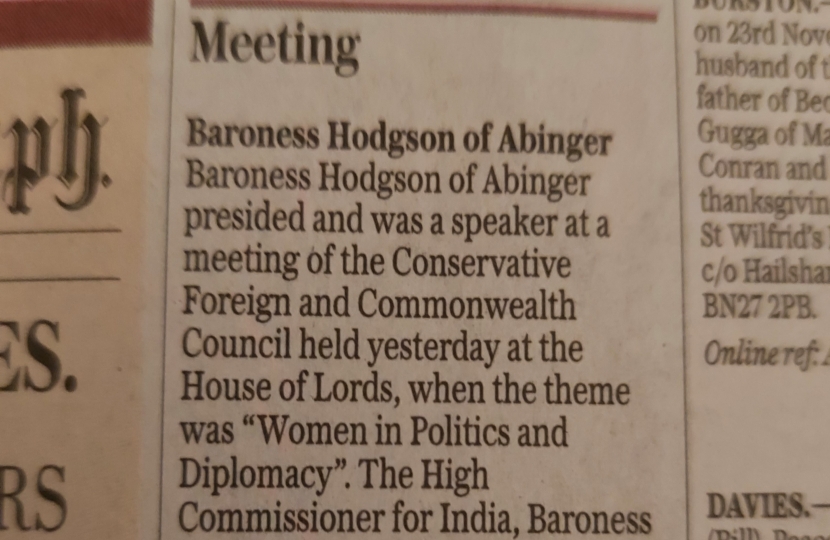 The report below was written by our Researcher Lasse Wendler.

On Wednesday the 1st of December 2021 The Conservative Foreign and Commonwealth Council gathered for its last event of the year in the magnificent surroundings of the House of Lords for a truly remarkable event celebrating and empowering women in politics and diplomacy.

Chaired by The Rt Hon Baroness Hodgson of Abinger CBE, whom the CFCC thanks greatly for stepping in at the eleventh hour in place of the much missed The Rt Hon Baroness Chalker of Wallasey PC FRGS, those in attendance nevertheless enjoyed an extraordinary evening, featuring four Baronesses, and the High Commissioner of India to the United Kingdom, Her Excellency Gaitri Issar Kumar, powerfully, memorably, and humorously, charting their own experiences as women in politics, diplomacy, and commerce.

Baroness Hodgson’s introduction of the evening as an event in the spirit of “mutual enlightenment” set the tone for Her Excellency Gaitri Issar Kumar’s incredible story of her journey from Bangalore to London, via Belgium, Luxembourg, Kathmandu, Lisbon, Paris, and Geneva. One of only three women from the 12-strong 1986 class of the Indian Foreign Service, itself selected following millions of applications, Her Excellency initially illustrated how far women had come in the diplomatic field.

41% of the latest class of the Indian Foreign Service are women, a far cry from the class of 1988, that included only one woman, who, prior to a court ruling in her favour, could not marry. Her Excellency sensitively pointed to the importance of “a support structure at home” if the issue of gender inequality is to be overcome institutionally, with this even more important in the context of the ongoing Pandemic.

However, despite Her Excellency’s conviction that there is “reason to feel proud” of the greater number of women in public office, she importantly reasserted that more must be done before representational equality can be labelled as ‘achieved.’ Indeed, only 21% of ambassadors and high commissioners are women, with this proportion falling to 18.4% among G20 ambassadors.

Next to address those present was The Rt Hon The Baroness Pauline Neville-Jones DCMG PC, whose exemplary record of diplomatic service spans British Missions in Rhodesia, Singapore, Washington DC, the European Commission, and Bonn. In addition, Baroness Neville-Jones has served publicly as the head of the Cabinet Office’s Defence and Overseas Secretariat, the Deputy-Secretary to the UK Cabinet, the Chair of the UK Joint Intelligence Committee, the Political Director in the Foreign Office, and the Minister for Security and Counter-Terrorism.

Yet, Baroness Neville Jones’ poignant opening remark that, as a woman growing up in the middle of the Twentieth Century, she knew she would only have a “remote chance” of going to the top, served as a timely reminder of the cultural barriers to female involvement in politics and diplomacy. These must be overcome if there is to be greater female representation in those sectors, even if culture is the hardest thing to penetrate.

Baroness Neville Jones’ account of her youth in America, and her subsequent realisation that, despite our shared humanity, “people do things differently in other societies” provided an interesting suggestion as to how this cultural change might be facilitated, with “our own society’s norms…not always the answer.”

The Rt Hon The Baroness Nicholson of Winterbourne’s powerful assertion that “we’re all the same” brilliantly followed Baroness Neville Jones. Having served as the MP for Torridge and West Devon for ten years, Baroness Nicholson’s memory of being asked for her “wife’s maiden name” on her initial parliamentary candidate form, although (and perhaps positively) met with laughter from all present, was yet another reminder of the institutional obstacles faced by women in all professions, both forty years ago, and today.

However, Baroness Nicholson’s outlining of the value of extra-parliamentary groups, like Baroness Neville-Jones’s emphasis on alternate societal norms, provided an additional mechanism that might require greater attention in the wider movement for female equality. Whilst Baroness Nicholson argued in favour of the Parliamentary process as essential for scrutinising legislation in a “full and through” manner from “all angles,” this, by its very definition, takes time.

Therefore, in order to “ease the plight” of women immediately, perhaps more attention should be devoted to those organisations outside of Parliament, Westminster, politics, diplomacy, or commerce, that immediately help and support women, if the gap between talent and ambition is to be bridged.

Nevertheless, as highlighted by the evening’s final speaker, the Rt Hon The Baroness Jenkin of Kennington, Parliament can by no means be excluded from campaigns to promote and empower women into politics and diplomacy. Despite the efforts of organisations such as Women2Win, founded by Baroness Jenkin alongside former Prime-Minister The Rt Hon Theresa May in 2005, 75% of all current Conservative MPs continue to be male.

Furthermore, addressing this imbalance would likely be beneficial for men and women both inside and outside of Parliament, as without diversity “around the table, we make poor decisions.”

Her Excellency and the Rt Hon Baronesses’ speeches were followed by an intriguing set of questions from the CFCC’s esteemed guests, with subjects ranging from the challenges having a family poses for women, and how the law may be amended to support women who desire to start a family, the cultural shift necessary to encourage a greater percentage of women into the diplomatic service, and the appropriateness or necessity of quotas, to name but a few.

In addition, the CFCC especially thanks Ms. Olivia Mardon, without whose efforts such a remarkable event would not have been possible, Melissa Crawshay-Williams for her tireless work as honorary secretary of the CFCC, and all at The House of Lords for their generous hospitality. It seems rather fitting that both the evening, and the organisation, depended and continue to depend on the work of two brilliant women, at the forefront of their respective fields.

Finally, we would like to thank all our members that attended the event, and all those who have loyally joined us at any of the Conservative Foreign and Commonwealth Council’s events throughout the year. It is your kindness, interest, and enthusiasm which allow us to continue to provide a forum for the discussion of international relations in uncertain times, and we look forward to seeing as many of our distinguished members as possible in the new year.

We wish you the most pleasant Christmas period.